8 of Australia's most dangerous animals

Skipping kangaroos, koalas, dolphins, and platypus. Australia is world-renowned for its cute and cuddly wildlife. However, it is also home to some of the world's most dangerous and poisonous animals. Let us introduce you to the scariest animals in Australia and advise you what to do and how to avoid meeting them.

The crocodiles are at their fastest and best in the water. As soon as their prey comes within reach, they will make a huge leap out of the water and snap it up. That is why in many places in the northern part of Australia there are signs warning that you cannot swim or get too close to various places with water. Not sure about an area? Then ask the locals about crocodiles in the area. They know exactly what the local situation is like and which areas to avoid.

There are also several places, where you can admire crocodiles up close in a responsible way. Go on a kayak adventure on the Katherine River with a guide for three days. You will leave the busy Nitmiluk National Park and head into the wilderness. Along the way, you will be able to spot crocodiles, snakes, and other wildlife.

When travelling through Australia, you may be concerned about snakes. That’s not surprising when you consider that many of the world's most venomous and deadly snakes live in Australia. Fortunately, snakes don’t attack for no reason and they are usually not found in urban areas. Also, a bite does not have to be fatal, if an antidote is administered in time.

When you go for a walk through the Aussie bush, it is recommended to wear long pants and high, closed shoes. Also, be extra careful when walking through tall grass and make lots of noise so they are scared of you before you are scared of them. If you do see a snake, keep calm and stay still until the snake leaves.

The oriental brown snake is one of the most venomous snakes in the world and is mainly found in the eastern parts of Australia. They can be found living in the outskirts of urban areas and on farms. Therefore, pay extra attention if you are staying on a farm.

The snake can be recognised by its brown color, which sometimes tends to be more towards black or dark gray. They can grow up to two meters in length and are known for their speed. Often the oriental brown snake takes flight when confronted by a human, but when cornered it straightens up in an s-turn, they are ready to attack.

The Native Taipan is considered Australia's most venomous snake. The snake is found in central Australia and its bite releases so much poison that it can kill approximately 100 people. If you would prefer not to encounter them, luckily this snake is very shy and rarely shows itself. Also, the Native Taipan will try to flee first and only attack when it feels threatened with no other way out.

Sharks can be found all over Australia's oceans, ranging from small reef sharks to the great white shark. Mainly the white shark is - partly thanks to the film Jaws - the best known and the most feared shark species. Not without reason, because this shark has the biggest number of shark attacks.

White sharks are mainly found on the south and east coast of Australia, but a number have also been reported off the coast of Western Australia. But don't let this deter you from swimming in the sea. Shark attacks remain rare and at many beaches, lifeguards make sure there are no sharks around. There are also special shark nets set up on many beaches, which allow safe swimming. We do, however, still recommend not to swim at dawn or at sunset.

The shark isn't the only dangerous animal to watch out for when swimming in the Australian sea. Off the coast, in the northern parts of Australia, you can also find a number of poisonous jellyfish. You probably don’t want to encounter one of these while swimming. However, there is an excellent warning system so that you know when the ‘jellyfish season’ is occurring. On many beaches, it is indicated when it is better to skip a dip in the water. There are a number of beaches, where nets have been placed in the water to keep the jellyfish out. You can also buy a stinger suit. This is a thin wetsuit that protects your body from the tentacles.

The most poisonous animal in the world lives off the coast of Australia: the box jellyfish. This jellyfish - also known as cube jellyfish or stinger - has 15 long tentacles that are full of deadly poison. Stingers occur all year round on the Northern Territory coast and along the east coast of Australia between November and April. The northern part of Queensland is stinger-free only in June and July.

The Irukandji is almost invisible, but this jellyfish can give poisonous stings. They live in the same area as the box jellyfish.

Spiders are the biggest fear for most people. Unfortunately, Australia has spiders in abundance, some of which are poisonous.

This poisonous spider lives in and around Sydney. However, it is more likely that you won’t see one during your visit to Australia. A bite can be deadly, but fortunately, treatment is possible with an antidote. They like to stay in sheltered places such as pieces of wood or between stones.

The redback spider is one of the most deadly spiders in the world. They don't grow taller than three inches and have a distinctive red stripe or diamond on their black back. Despite the small body, they have a lot of poison in them. This spider is found all over Australia and feels at home in dark places. When visiting the toilet, always look under the edge, a known hiding place for this spider.

The kangaroo, Australia's most dangerous animal

Fortunately, the chance that you will come into contact with one of the above animals is small. When driving at night in very remote areas, a kangaroo may appear in front of your car from out of the bush. We therefore highly recommend not to drive at night in remote parts of Australia and always be careful while driving. 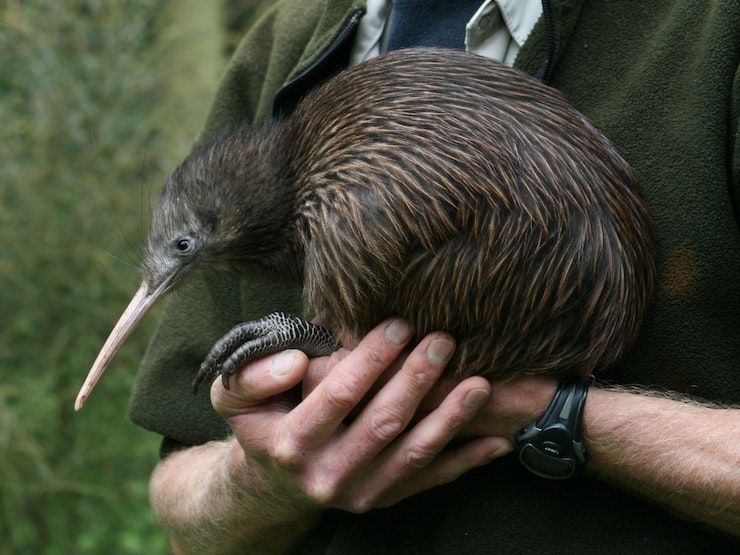 8 of New Zealand’s most unique animals

New Zealand is a country full of unique animals that you won’t find anywhere else in the world. One of the many… read more 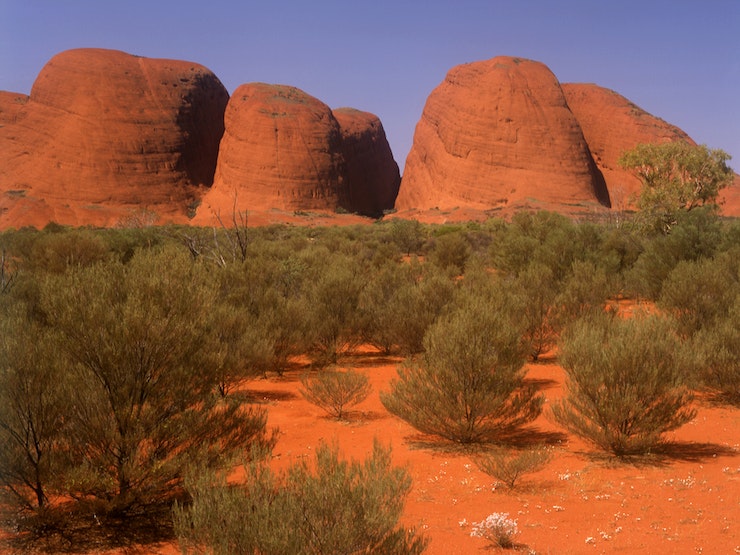 Discover the highlights of Australia﻿

If you ask us about the highlights of Australia, we could talk for hours. After all, Australia - together with New… read more