New Zealand is now open! From 1st of August 2022, testing is no longer required  More information
Relax and revive

Fiji is located in the South Pacific, an archipelago made up of approximately 300 islands. One hundred of these tropical islands are inhabited and are often described as the pearl of the south sea and the friendliest paradise on earth.

The main island of Fiji is Viti Levu which is home to the capital city of Fiji, Suva. A picturesque city that features lush parks, friendly local markets, museums, and historical sites. Suva is located on the southeast coast and is the largest metropolitan Fijian city. Nadi is located on the western side of the main island of Viti Levu and is also home to the international airport, Nadi.

Another popular island in Fiji is Vanua Levu, which is slightly smaller in size. Together the two islands make up over 80% of Fiji’s territory. The residents (approximately, 875,000) are remarkably friendly and love to laugh. As a visitor, you will immediately feel welcomed to this special part of the world.

Discover the magic of the Pacific Islands

Taveuni is the third-largest island in Fiji and is a popular tourist destination. With astounding flora, Taveuni is known as the 'Garden Island of Fiji'. Yasawa is an archipelago of approximately 20 volcanic islands in the Western Division of Fiji.

It has an approximate total area of 135 square kilometres. Renowned for its natural beauty, Yasawa features dramatic peaks and pearly white-sand beaches. Blue Lagoon in Fiji’s Yasawa islands arguably has some of the best beaches in the world.

Mamanuca is a volcanic archipelago lying to the west of Nadi and to the south of the Yasawa Islands. Mamanuca is made up of 20 islands, 7 of which are covered by the Pacific Ocean at high tide. Do you love diving? Mamanuca is world-renowned for its spectacular diving sites. The islands of Mamanuca are easily accessible from Nadi International Airport.

How to get there

Travelling to the Pacific Islands from Australia or New Zealand is very convenient. You can reach this tropical paradise within two and a half to three hours, by plane. You also don’t require a visa for any visit up to 30 days. A passport that is valid for at least three months after your departure and a return flight ticket or a flight ticket for your onward journey is sufficient for entering Fiji.

Fiji is home to a wide range of different types of accommodation. From backpacker hostels to luxurious five-star resorts. If you would like to rent a car, you will need a national or international driver’s license. Like the UK, in Fiji, you drive on the left side of the road.

Fiji features a warm tropical climate which makes it the perfect holiday destination for beach lovers.

If you seek sunshine, beach days, and a relaxed friendly atmosphere, Fiji is perfect year-round. The tropical weather is enjoyable even during the wet season as the humidity is not unpleasant. Spend your days here relaxing and absorbing the outdoor Fijian activities on offer.

The temperature of the ocean also fits perfectly into the paradisiacal setting of the Fiji Islands. However, you should try to avoid the travel time between November and April if you don’t want to visit during the wet season.

A melting pot of culture

It is believed that the first inhabitants of Fiji arrived on the islands approximately 3500 years ago. In 1643, explorer Abel Tasman set food on the white sandy beaches and more than 100 years later, Captain James Cook and Willam Bligh followed.

In 1854, the first missionaries reached the region and among other things, put an end to cannibalism. Fiji was part of the British Empire until 1970. After that, Fiji became independent and in 1987, it became a republic.

In the 19th century, many immigrants from India took up work on the islands’ sugar cane plantations, and today almost half of Fiji’s population is of Indian descent.

However, Europeans and the Chinese also helped shape the multi-ethnic society, in which different cultures live together in harmony. Despite their differences in beliefs, they still celebrate many of their festivals and rituals together.

Would you like more information about stopovers to Australia?

Experience comfortable flight times, connections, and a relaxing stopover. As Australian and New Zealand specialists, we work with leading airlines and can arrange flights that suit your wants and needs.

How can we help you?

The main island, Viti Levu is exceptionally beautiful. Home to the vibrant capital of Suva, an ideal place to meet the friendly locals. Enjoy the island nightlife on McArthur Street and Victoria Parade. Here, you can visit local bars and clubs and also mingle with other world travellers.

On the island, you can also discover cascading waterfalls, spectacular dunes, rugged mountain peaks, and tropical rainforests. A nature paradise, be mesmerised by the botanical gardens - Garden of the Sleeping Giant.

Go scuba diving, jet-skiing, or take a mud bath. Learn to cook Fijian food with a local chef or attend a cultural night tour and learn more about this fascinating part of the world.

The smaller of the two main islands, Vanua Levu is about half the size of Viti Levu. The island is centered around a small town called Savusavu. With only one street, this picturesque place is nestled between two hills with the sea as its backdrop.

The view of Savusavu Bay is unforgettable and a must-do in Fiji! There used to be a large volcano here and this is still evident in the scenery today. Nowadays, the yachts are based here and you can find many excellent restaurants and bars.

Do you enjoy hiking? There are many wonderful hikes in the area. Or if you prefer the ocean, you can go snorkelling at Lesiaceva Point of Split Rock. An ideal place to enjoy the Fijian lifestyle.

Fiji is famous for its lush nature and clean environment. Covered in tropical rainforest, the Viti Levu Mountains are bursting with exotic birds, rich plant life including orchards, ferns, and plunging waterfalls.

Together with a local guide, hike to the most beautiful spots on the island. An exciting experience and an ideal way to get to another vantage point of Fiji. Discovering the unique world underwater is also a must-do while visiting this tropical paradise.

Snorkel and explore coral reefs, underwater caves, and abandoned shipwrecks. The Fiji Islands are renowned for being one of the best diving destinations in the world. If you want to learn how to dive, there are many opportunities in Fiji with highly qualified instructors and a good selection of dive schools.

Choose from an abundance of activities

Whether you would like to relax on the pearly white-sand beaches with crystal clear water or explore the secluded lagoons and tropical rainforests, the possibilities are unlimited in Fiji.

Details and information on the current regulations for a trip to Fiji can be found here.

Sit back and relax, tomorrow you'll be in Australia Flights to Australia take less than a day from the UK. There… read more 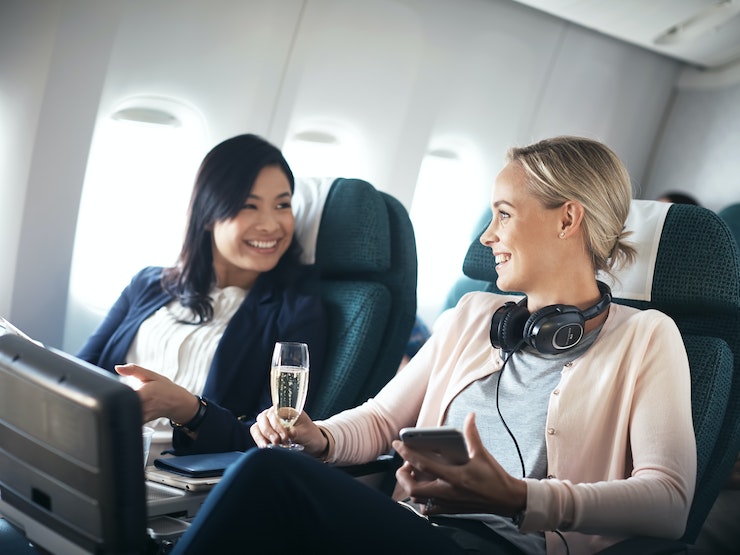 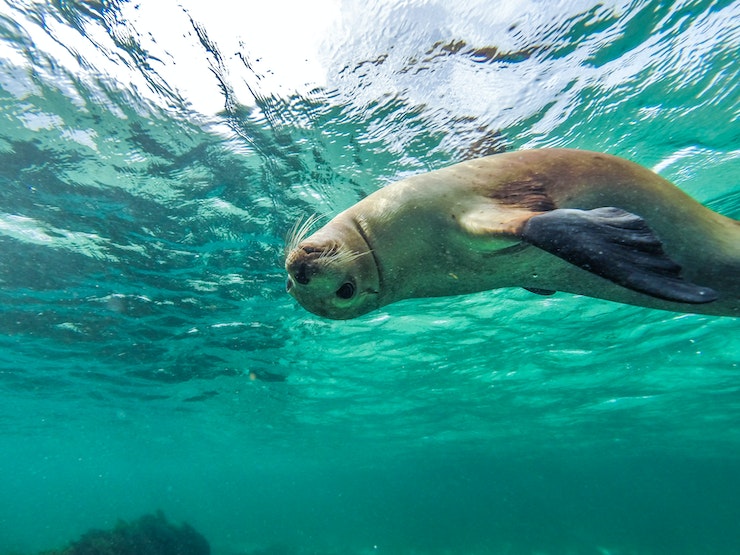 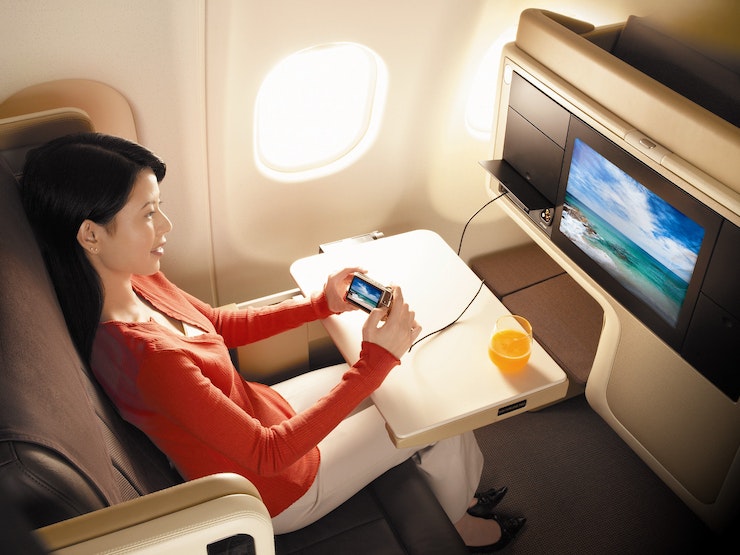 Fly to Australia in pure luxury Fly First Class with A Journey DownUnder and discover the difference. Many leading… read more 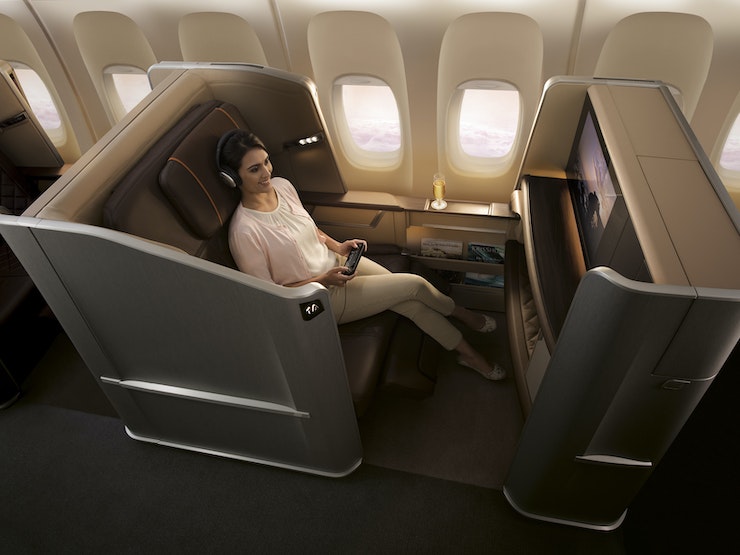 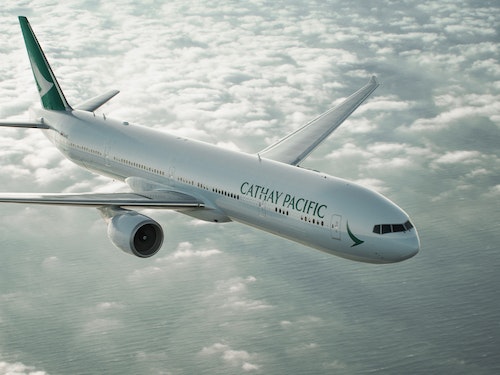 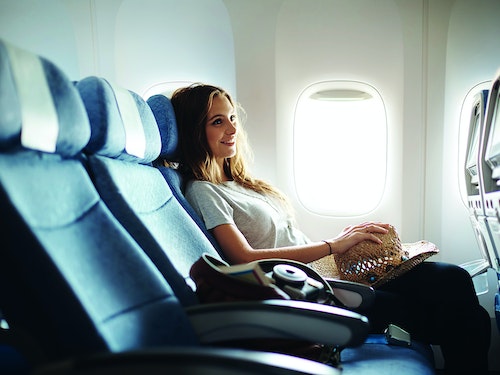 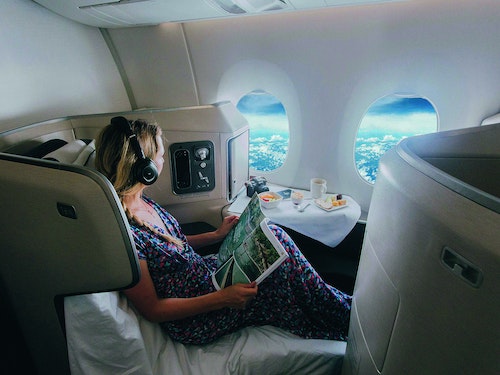 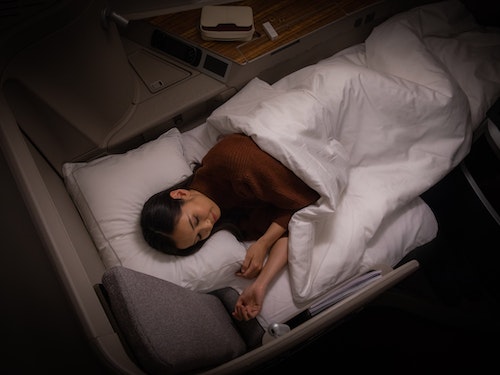