10 of Australia’s most unique animals

Australia, a natural wonderland. Featuring one million different native species. Mammals, frogs, reptiles and flowering plants of which 80% are unique to Australia. With 379 different species of mammals including kangaroos, koalas, echidna, wallaby, wombat, platypus and dingo. There is no shortage of weird and wonderful creatures to learn about.

Off land, the marine environment of Australia is extremely special. With over 4000 species of fish, 1700 species of coral and 50 marine animals, it is a place like no other. Many of the marine species found in the southern waters of Australia are also not found anywhere else in the world.

If you are visiting Tropical North Queensland, keep your eyes out for the elusive cassowary. If you are wondering what this is, it’s a prehistoric-looking large colourful bird. The cassowary can grow up to 180 centimetres and normally weighs around 60 kilograms. The cassowary is easy to recognise with its unique look. Especially, the helmet-shaped protrusion on its head and it’s blue-coloured neck. The cassowary is shy but can be spotted at some of our accommodations in Port Douglas and Mission Beach. Or perhaps, you’ll get lucky on a guided tour through the rainforest!

The Tasmanian Devil is a marsupial that only lives - the name says it all - on the island of Tasmania. It is one of Australia's most unique and endangered species. The Tasmanian Devil is approximately 70 - 110 centimetres long, has a large head and weak hind legs. You can recognise the marsupial by its black fur with white accents. They survive only in the wild, where they are mainly found in rocky areas. You can also admire them in wildlife parks such as Cradle Mountain-Lake St Clair National Park. This park is part of the Tasmanian Wilderness World Heritage Area. The species suffers from Devil Facial Tumor Disease (DFTD), which has caused much of the population to become extinct since 1990.

If you're in the Victoria region, you can hear them screeching in the distance: The black red-tailed raven cockatoo. The endangered Australian bird, of which there are an estimated 1,000 more flying around, is known for its distinct black appearance and red-coloured tail. They are most commonly found in Eucalyptus forests or along streams, especially along the Great Ocean Road and Mornington Peninsula. Black cockatoos live on a very specific diet of seeds, on which they are very dependent. With the advent of agriculture, food sources and nesting areas were limited, which has made it difficult for the birds to reproduce.

They look like miniature dragons, but luckily do not harm humans! The Australian frilled lizard can be recognised immediately by the large frill around its neck, which it can swing out like a fan. The Frilled Lizard, also known as Frill Neck or affectionately called Frilly, is approximately 70 - 90 centimetres long. The lizard lives mainly in Kakadu National Park, in the trees of the northeastern coastal strip and is sometimes found in central Australia.3

Would you like more information about your journey DownUnder? Ben, a semi-local New Zealander is happy to answer any questions that you may have. 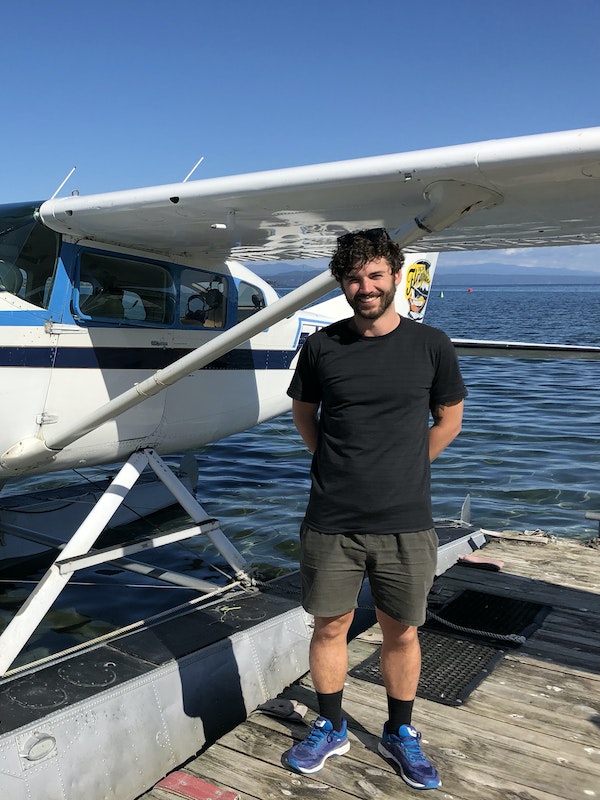 The wombat is a sturdy marsupial that has the appearance of both a badger and a bear. You can recognise the wombat by its grey-brown coat, its small tail and its hairless nose. The opening of the wombat's pouch is located at the rear so that the young do not get buried in the sand while digging. A wombat has a length of approximately 70 - 120 centimetres and is mainly found in dry forests.

You will can wombats in southeastern Australia and on the island of Tasmania. Still, chances are you won't see them in the wild - the animals live in burrows for most of the day. Would you like to see a wombat? Then visit the Blue Mountains National Park or Kosciuszko National Park in New South Wales. They can also be seen at Wilsons Promontory National Park.

Dingos look like they could make a good pet, but make no mistake: they are feral animals that cannot pat. The Dingo descends from the Indian steppe wolf and was probably brought by humans as pets to Australia approximately 5000 years ago.

Dingos now live like wolves and hunt animals like rabbits, rodents and birds. You can recognise the Dingo by its sandy-coloured coat with white accents and a large tail. You can encounter the dogs in the wild on Fraser Island, in the Kimberley region and in the north and south Australian deserts.

The grey-headed flying fox is Australia's largest bat. They have a dark grey body, light grey head, brown coloured neck and have the appearance of a dog. That is why they are also called ‘flying dogs’. With their wings spread, the fox has a wingspan of approximately one metre.

You can encounter flying foxes in the forested areas of South-East Australia, especially east of the Great Dividing Range. They mainly show themselves at sunset. The grey-headed flying fox is threatened by the expansion of agriculture. Colonies are in danger of extinction and are regularly hunted to protect agriculture.

When you think of Australia, you probably also think of kangaroos. This marsupial has now become a national icon of the country and is a real must-see when you visit the country. Australia is estimated to have between 30 and 40 million kangaroos and more than 55 different species. Therefore, the chances of seeing a kangaroo are very high.

The animals are mainly found in the wild in the rural parts of Australia. Do you want to make sure you spot a kangaroo? Then visit Flinders Ranges, Kangaroo Island, Pebbly Beach in New South Wales or Maria Island, Tasmania. The town of Halls Gap, located in the heart of Grampians, is taken over by kangaroos every day between 4:30 and 5 PM. Watch them as they skip pass your porch!

The platypus is a protected species and is a member of the cloaca - the world's only egg-laying mammals. The platypus has the appearance of no fewer than three animals: it has the body of a mole, the tail of a beaver and the beak of a duck. The animal grows to about two feet long and weighs one to two kilos. Although the platypus looks very friendly, be careful if you come across one: the male has a poisonous stinger on its hind legs.

This poison is not dangerous to humans, but it can be very painful. You can compare it to a serious bee sting. It is also difficult to spot the platypus in the wild, due to its shy nature. The platypus can be admired at one of our accommodations, located in the Atherton Tablelands. When you stay there, you get a map showing you exactly where the animal lives.

Last but not least: the koala. You probably recognise the koala immediately when you see it because of its fluffy and bear-like appearance. Although the koala looks like a cuddly teddy bear, it is better not to approach it. A koala can resist a lot by biting and scratching. In Australia, koalas settle on the outskirts of large cities.

If you encounter a koala, you will likely see it sleeping and hugging a eucalyptus tree. Koalas sleep for the majority of the day. Unfortunately, the chances of seeing a non-sleeping koala are fairly slim. Would you like to see a koala in the wild? Then visit Otway National Park, Magnetic Island, Morning Peninsula or Port Macquarie (Port Macquarie has a koala hospital).

Would you like to learn more about how to have close encounters with some of Australia's animals? We would love to share our local knowledge with you. 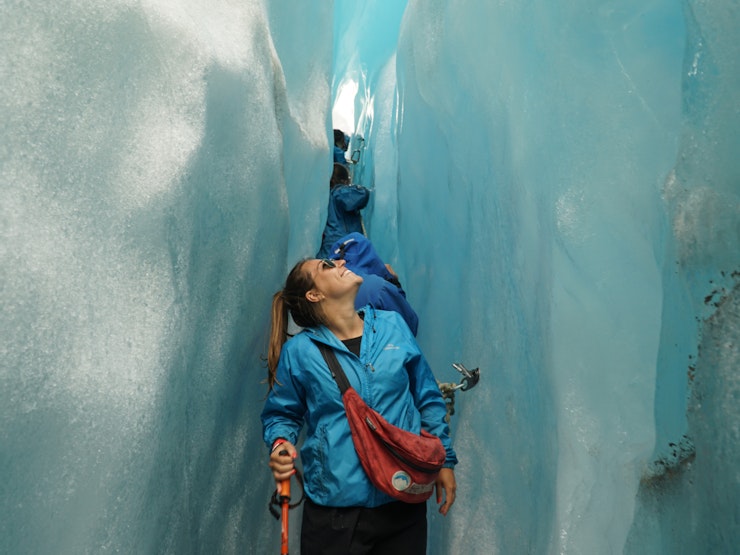 Sport and adventure in New Zealand

Are you searching for adventure or a specific active holiday? New Zealand is a perfect destination. The great… read more 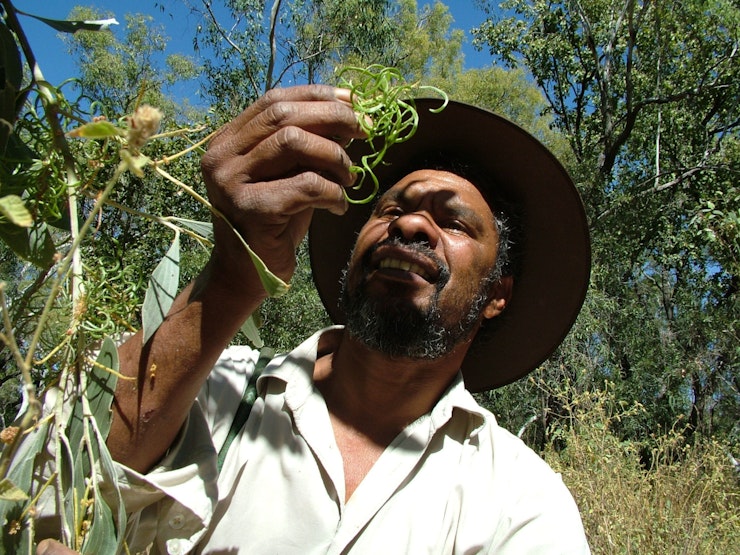 Would you like to experience the dynamic culture of the Māori or discover the oldest living culture in the world?… read more